nothings66 long-awaited new release is, from Tokyo Japan, Ametsub.
His previous album “The Nothings of The North”(2009) gets a big evaluation from wide listeners of the world. It was chosen as “the best disk in 2009” of Ryuichi Sakamoto and built a firm unique position in the current scene. Ametsub which is active based in Tokyo.

In 2011, he played a live at L.E.V. Festival in Spain with Apparat, Johann Johannson, Lorn, John Hopkins, Sbtrkt and others, it was called the best act live by a review magazine later and he left a large trace. Under activity across such borders, this album for the first time in three years is packed focusing on the musical piece played in his live, and an overpoweringly attractive stretch of his land exists compared with past work. A succession of feeling of floating drifting melodies that seems to remind an endless trip is finished in the strong sound-scape like a drawn spectacular nature, the solemn horizon, the silence of the evening, fluttering reminiscence in the old tape, magnificence red landscape like an album artwork. We can feel a gloom warmth in sense of isolation.

He passes various music-style creatively, this album has a many melancholy melodies that are changed faintly by old tape-recorder. The field recordings around the world. Also a new flavor with the prepaid piano sounds are knit. By the beat process closely and bold tone echoes sound, The one musicality that can be called the New field is beginning. All 12 tracks that an infinite view of the world of Ametsub which evolved steadily was expressed in to the next field without being stopped on one place. 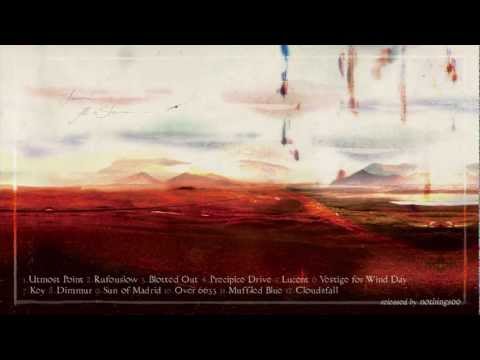