New era, being tagged «here & now», dictates to think in concentrated digest. Demotivators with refreshing angle influence the Internet social mass media milieu — they are highly rated and reposted, struggling for top positions on Facebook’s pages and in people’s inner spheres. We come to the understanding of the fact that operating the compressed, but bold text serves well to translate reflection, cults, griefs, beliefs, thoughts and ideas. It can happen in the street, known as well that it causes feeling like vomitting, on strange wasteland at the end of the world, or subway. In spite of location, it is the intervention in public space. That means the context, far from institutions, galleries, curators and cultivated trends.

The artist’s duo, Egor Kraft and Karina Eibatova, was founded in Saint-Petersburg and lost the tie to local environment. In 2008 they had invented own broadcasting channel for text artistic and social statements. Posters with striking statements were placed in the ordinary streets and threw out important questions and opinions in the urban milieu. Firstly, the social street art project was the local initiative, based in Sweden. Then it began to embrace brand new spaces, began to root in the web-field on tosay.it. People found themselves in the epitome of the pandemic disease — the possibility of intervention in the public space, vital mix of art and life, indispensable feedback. Social art without symptoms of politic activism shows the truth that the language pictures of the world are different, but the fundamental concepts inside the skull are the same. As usual, the art is socially packed. For this time — in the form of text.

Now it is the time of speculation on art because it is considered to be some kind of elitist product. I consider it to be abnormal, in this way the social activism is close to me. The project tosayit illustrates it. It explores the communication — basical concepts, fundamental values. There are the interventions in public space and Internet. One of my friends even made the tattoo — one of my posters «the secret of happiness…», though I tried to talk him out of this decision. In such way the project broadens and expands its influence.

I like to work with text, to prosect axioms — Kiev Biennale, held in May, 2012, can serve as the example. Project Tosay.it was represented there. I changed words’ forms in the statement «The purpose of text is to deliver message». The language is the fragile construction, invented mechanism and the tool. I like to explore its being in art. The language is the code with the plenty of system errors.

For example, I am fascinated by the fact that there are 20 ways to say «hey» in one of African languages. Or by the fact, that we can lively communicate without any subject. Everybody says «abstract art», but i consider it to be the figurative language. Everybody knows, how it looks like and what are its main features, so we cannot say that it is abstract». 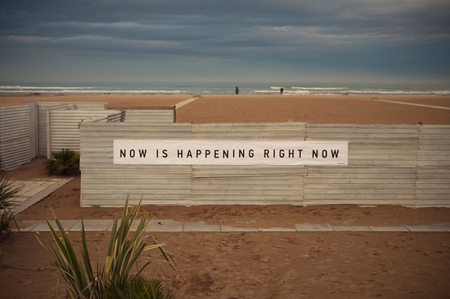 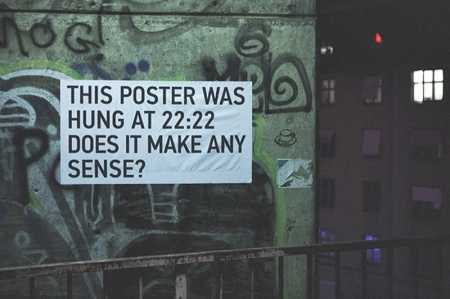 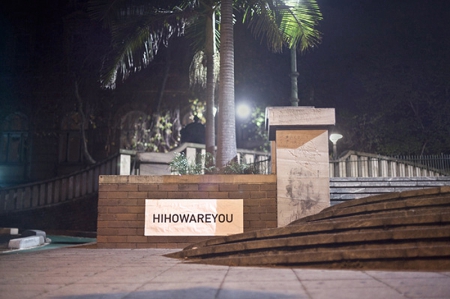